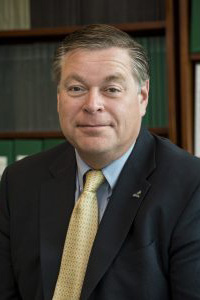 The Wright State University—Lake Campus has been providing higher education to residents of western Ohio for over 50 years. Today, with 15 bachelor degree options, 17 associate degree paths, and an M.B.A. program, along with Wright State’s core education classes, the Lake Campus offers flexible and affordable programs that propel students to their education and career.

The Wright State University—Lake Campus is a beautiful 211-acre park-like home on the north shore of Grand Lake St. Marys. Our exceptional faculty and staff are deeply engaged with student learning and eager to help our students feel welcome. The outstanding community support for the Wright State University—Lake Campus and all its activities translates directly into a remarkably friendly atmosphere where students enjoy all the benefits of a large state university while making lifelong connections in small classes.

Whether it is academic programs, facilities or opportunities for community involvement and engagement, there is always something new to enjoy at the Lake!

The faculty and staff join me in wishing the very best for prospective, incoming, and returning students during this academic year.

Appointed in August 2019, Dan Krane, Ph.D., is the Interim dean and chief administrative officer of the Wright State University—Lake Campus. He is a professor of biological sciences (with a courtesy appointment in computer science) at Wright State University where he has won several teaching and service awards. He has been elected president of the Wright State faculty four times. He has also been elected to four two-year terms as chair of the Ohio Faculty Council where he has had the honor of speaking on behalf of the faculty at all of Ohio’s fourteen public four-year universities including before several Ohio House and Senate subcommittees. In those roles, he led a group in the summer of 2017 that identified a set of four initiatives that together now save Wright State students more than $2 million in textbook costs each year. He is thankful for the opportunity to support the faculty and staff of the Wright State University—Lake Campus as they change the lives of our students and catalyze the economic growth of western Ohio.

Krane has published more than fifty peer-reviewed papers in the areas of population genetics and molecular evolution and is the lead author of the best selling undergraduate textbook in the field of bioinformatics (Fundamental Concepts in Bioinformatics). He is also highly regarded as an international DNA profiling expert with frequent appearances on national broadcasts such as Dateline and 48 Hours. He has testified as an expert witness in more than 110 criminal cases (in 24 different states, seven different federal courts, numerous courts martial, and in Australia, Northern Ireland, and England). He is also the president and a co-founder of Wright State’s first successful start-up company, Forensic Bioinformatic Services, Inc., where he leads an interdisciplinary team of biologists and computer scientists that are committed to a social justice mission while reviewing more DNA profiling test results than any other private or government organization worldwide. 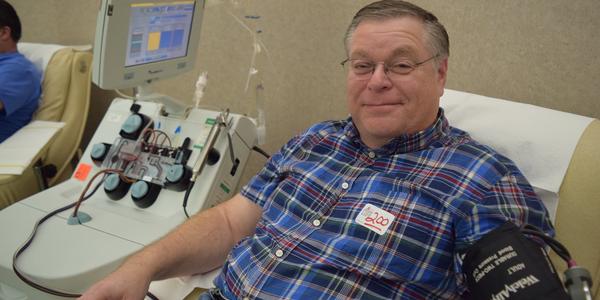 CBC: Saving lives, cracking cases is in Dan Krane’s blood, DNA
Wright State University’s Dan Krane is an AB-negative donor, the rarest of all blood types and the universal donor for platelets and plasma.
More News