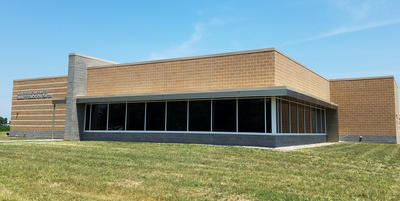 CELINA, OH - Wright State University – Lake Campus and their ongoing efforts to study the water quality of Grand Lake St. Marys have set a precedence being modeled in actions to further reduce algal bloom issues in other bodies of water across the state of Ohio, including Lake Erie.

On July 11, Ohio Governor John Kasich signed an Executive Order to initiate action in eight watersheds in the western basin of Lake Erie, areas which will be considered for designations as “Watersheds in Distress.” In introducing this legislation, Governor Kasich referenced the positive progress resulting from the collaborative efforts between agriculture and water quality groups surrounding Grand Lake St. Marys.

At the same press conference, Director of the Ohio Department of Natural Resources Jim Zehringer specifically referenced the work being done at Lake Campus. “In a recent study, Dr. Stephen Jacquemin, from Wright State University-Lake Campus, found that there has been a significant reduction in the amount of phosphorus loading occurring at Grand Lake St. Mary since the ‘Watershed in Distress’ was implemented in 2011,” stated Zehringer.

Dr. Jay Albayyari, Lake Campus Dean & Chief Administrative Officer, applauds the research directed by Dr. Jacquemin and involving Lake Campus students in continued response to community concerns about water quality, now being recognized locally, state-wide and nationally. “The vision I have at the Lake Campus to merge water quality and agriculture studies with the research being done to improve Grand Lake St. Marys is being realized,” adds Albayyari.

Just this past February, the Lake Campus opened the doors to its Agriculture and Water Quality Education Center, a state-of-the-art facility which houses labs and classrooms dedicated to these interrelated subjects. More than 65 students continue to study in these areas at Lake Campus.

For more information regarding the ongoing agriculture and water quality research, and the related undergraduate programs of study, please contact Wright State University – Lake Campus at discoverlakecampus@wright.edu or 419-586-0300.