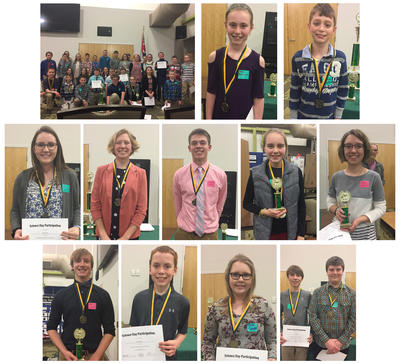 Projects which earn a superior rating earn the right to move on to the district competition being held on March 16th, 2019 at Ohio Northern University. This year ten individual projects and one group project earned a superior rating.

The Mercer County Science Day is part of the Ohio State Science Day which is the largest project-based STEM education program since the late 1940s. The program is designed to help foster curiosity, discovery, innovation and problem-solving skills.

For more information about the Science Day Competition held at the Lake Campus please contact Dr. Courtney Simons at 419-586-0300 or courntey.simons@wright.edu.