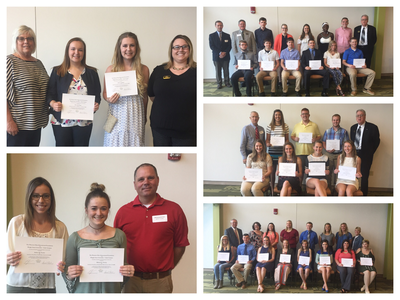 For over fifty years the Western Ohio Educational Foundation (WOEF) Board has responded to the community’s need for higher education, and they are an integral part of Lake Campus success. Since 1965, WOEF has awarded over $3.4 million worth of scholarships to over 2,600 new and continuing students. The WOEF Scholarship program and other special projects which benefit students would not be continuing and prospering today without the generous funding received from private citizens, businesses, and organizations.

A list of the 2017-2018 scholarship recipients and donors can be found at http://lake.wright.edu/connect/woef-board.